If you require medical evacuation or support to leave Ukraine, a number of private companies are offering this service. The FCDO cannot endorse or recommend any companies. You should research whether a service provider will be suitable for your requirements and meets code of conduct and safety standards. Should you decide to pursue this, the Security in Complex Environments Group (SCEG) has several member companies that can provide support in Ukraine. These companies have accredited certification for international standards. The FCDO provides details of SCEG for information only. The current list of SCEG members is shown on the SCEG website…

The Security in Complex Environments Group (SCEG) is a Special Interest Group of ADS, for security and risk companies committed to the development and implementation of international standards for the private security and crisis management sector.

SCEG companies are well regulated and compliant: embracing international security standards and protecting human rights is at the core of their business. SCEG are, and continue to be, a significant instigator and contributor to the activities of the International Code of Conduct Association, which has evolved from the declaration of the Montreux Document of 2008, now ratified by over 50 countries. Affiliate Members of SCEG include the Foreign and Commonwealth Office and the Department for Transport, both of whom are members of the Executive Committee.

SCEG provides a voice and a catalyst for change for those companies concerned about the need to raise global standards for the private security and crisis management sector. It also seeks to broaden the involvement of its membership in work overseas and at home. It has strong links to UK government departments involved in trade and commerce.

The SCEG is governed by an Executive Committee representing the broad spectrum of interests within the membership. The Group welcomes membership applications from security and crisis management companies who are compliant, recognise the importance of standards, and participate in raising global standards.

The SCEG membership is truly international reflecting the global nature of private security. Most of the UK companies delivering security and safe outcomes in challenging and complex environments on land and at sea are members of SCEG. Members represent the spectrum of companies operating in this specialist sector from large multinational to small and medium enterprises and range from those whose core business is to deliver armed security in complex environments, to SCEG members who are training and specialist providers to the industry.

There is a growing and welcome number of SCEG members drawn from outside the UK. By joining, all SCEG members have demonstrated a willingness to embrace regulation, transparency and professional standards. The legal and insurance sectors are well represented within SCEG with lawyers, insurance brokers and underwriters enjoying Associate Membership. 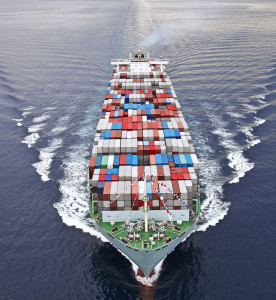 ENGAGEMENT WITH THE UK GOVERNMENT

SCEG engages across government departments on a sustained basis on a range of issues pertinent to the industry, providing a direct route for the membership to government. Appropriate UK Government departments and other stakeholders including non-governmental organisations are granted ‘Affiliate’ status, at the discretion of the Executive Committee. Representatives from the following have a standing invitation to attend SCEG meetings when items of relevance are on the agenda:

The SCEG Terms of Reference can be downloaded below.

THE EVOLUTION OF STANDARDS

The Montreux Document was endorsed by seventeen states when it was first adopted in 2008. Six years later, 51 states and three intergovernmental organisations have endorsed the Montreux Document. Together, they represent an enormous knowledge base of good practice reflecting a variety of legal systems and different experiences of private military and security companies.

Five years later in December 2013, the Swiss government, the ICRC and DCAF organised a major international gathering in known as the Montreux+5 Conference.

Montreux+5 Conference. The Conference was attended by approximately 80 participants, representing governments, intergovernmental organisations, academics and civil society organisations. SCEG was represented by several companies and Director SCEG addressed the delegates. The Conference focused on implementation challenges, outreach and possibility of institutionalising a regular dialogue to coordinate states’ efforts on the regulation of private military and security companies. Montreux Document participants thus agreed to establish the Montreux Document Forum (MDF). The forum is intended to strengthen the dialogue among participating states and international organisations. The MDF will be co-chaired by Switzerland and the ICRC, with the support of DCAF as the forum’s Secretariat.

Building on the Montreux Document (2008), the International Code of Conduct for Private Security Providers (ICOC) see http://www.icoc-psp.org/) of November 2010 sets out a body of principles derived from human rights and international humanitarian law to govern the operations of private security services providers in terms of their own management and as regards their responsibilities towards those who might be impacted by their activities. It was developed in a multi stakeholder process to clarify the standards required of private security companies operating in complex environments as well as to improve oversight and accountability of these companies. Apart from human rights principles. The Code includes specific commitments on the management and governance of companies, including how they vet personnel and sub-contractors, manage weapons, procedures governing the use of force and grievance procedures. All SCEG members are required to read and agree to abide by the principles in the Code.

The ICOC also acts as a founding instrument for a broader initiative to create better governance, compliance and accountability -provision was made under Article 7a for the establishment of objective and measurable standards based on the Code with the objective of realising common and internationally recognised operational and business practice standards. This was given effect by the negotiation of the American national standard known as PSC1 “Management System for Quality of Private Security Company Operations-Requirements with Guidance” finalised in 2012 (see http://www.acq.osd.mil/log/PS/psc)

The US Department of Defence commissioned the security trade association, ASIS, to develop an American National Standard for land-based Private Security Companies. This standard, known as PSC1, has a core element of human rights and was framed in such a way that it could be adopted by other nations for use internationally. PSC1 was developed after an extensive consultation process which was strongly supported by the SCEG. PSC1 and the associated conformity standard, PSC2, were published in early 2012 and SCEGs unreserved recommendation to the UK Government was that PSC1 be accepted as the basis for our UK national standard, with the additional requirement for independent 3rd party certification, and provision for any UK specific conditions. On the 17th December 2013 a Written Ministerial Statement was issued by the UK Government advising of their intention to specify PSC1 as the UK standard and supporting it’s adoption by ISO as an international standard. The Written Ministerial Statement dated 17th December 2013 can be downloaded below.
The PSC1 standard was submitted to ISO (International Standards Organisation) and after lengthy negotiation it was developed into ISO 18788 Standard “Management system for private security operations – requirements with guidance”. It was published as a full ISO in the summer of 2015.

In recognition of the increasing threat of piracy in the Indian Ocean, discussions between the International Maritime Organisation (IMO) and ISO began in earnest in January 2012 to decide how best to develop an international standard for armed security guards on ships in the High Risk Area. Four months later IMO’s Maritime Safety Committee approved MSC Circular 1443 – Interim Guidance to Private Maritime Security Companies providing Privately Contracted Armed Security Personnel on board Ships in the High Risk Area. It was also concluded that ISO should develop an international standard drawing on 1443, which itself had been informed by work completed earlier by the SCEG. The standard was to be known as ISO 28007 and to be completed as a matter of urgency.

The ISO 28007 Technical Committee included a SCEG Executive Committee member as the UK’s nominated representative. As part of the development of the ISO, meetings were held in Lyon and Brussels to hear what interested stakeholders wanted to see in the Standard. In parallel a UK Mirror Committee, hosted within BSI and led by a member of the SCEG’s Maritime Security Working Group, provided input to the ISO’s development. Many of the SCEG’s maritime security members were instrumental in the development of the ISO Publicly Available Specification (PAS) which was subsequently submitted to the IMO in November 2012. The publication of the ISO/PAS in December 2012 was a significant milestone and recognised by the UK government as an important contributor to the promotion of high professional standards amongst maritime security providers.  The standard was published as full ISO standard in March 2015. (See this LINK).

These two auditable standards provide the means for private security companies and private maritime security companies to be audited against the way in which their processes and management systems have given effect to international and national obligations, laws and regulations as well voluntary commitments they have accepted through accredited certification by Accredited Certification Bodies.